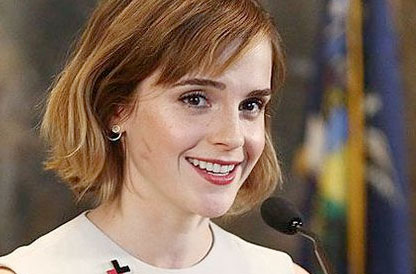 LONDON — Emma Watson’s commitment to her title of UN Women Goodwill Ambassador has come to define her as much as any film role.

The British actress-turned-activist took up her position with the UN in 2014, and she’s been working tirelessly ever since to bring gender equality to the forefront of public conversation.

Her latest efforts come in the form of a short video entitled Hurdles, featuring Aussie singer Sia’s hit song “Chandelier” and narration provided by Watson herself.

Using footage from the women’s 100m hurdles at the 1964 Tokyo Olympics, the short film highlights the obstacles women have faced and continue to encounter in the battle to achieve equal rights.

While the video itself might not be particularly groundbreaking, it does have an inspiring message that recognizes what women have achieved so far while emphasizing the work that still needs to be done.

As the video points out, it’s a long road to gender equality, but anything seems possible with champions like Emma Watson on the case.